Full Name
Horacio D. Rozanski
Job Title
President & CEO
Company
Booz Allen Hamilton
Bio
Horacio Rozanski is president and chief executive officer of Booz Allen Hamilton Inc., a global technology and consulting company that serves government clients and Fortune 500 corporations. Booz Allen partners with clients to drive transformation and advance critical missions through a unique combination of technology, innovation, and consulting expertise.
Since 2012, Horacio has led a strategic transformation of the firm, investing in innovation, advanced technology, and highly skilled talent, and reshaping its portfolio toward mission-critical, high-margin solutions. The company is now positioned in the defense, intelligence, civil, and global commercial markets as a leader in technology integration and adoption, a differentiation that has driven significant revenue and earnings growth in recent years.
For more than a decade, Horacio has played a central role in major strategic initiatives, including the 2008 separation of the firm’s core government and commercial businesses into two distinct companies, Booz Allen Hamilton’s 2010 initial public offering, and its 2011 expansion into international and commercial markets. In 2016, he led an initiative that refreshed the firm’s values and defined its purpose statement—empower people to change the world.
A respected authority and leader in the consulting industry, Horacio has expertise in business strategy, technology and operations, talent and diversity, and the future of consulting. He joined Booz Allen in 1992 as a consultant to commercial clients, was elected vice president in 1999, and served as chief personnel officer, chief strategy and talent officer, and president and chief operating officer before becoming CEO. He also is a member of the firm’s board of directors.
Born and raised in Argentina, Horacio originally came to the United States to attend college. He holds a B.B.A. from the University of Wisconsin Eau Claire and an M.B.A. degree from the University of Chicago. He is a member of the United States Holocaust Memorial Museum’s Committee on Conscience, the Kennedy Center Corporate Fund Board, and the Children’s National Medical Center Board of Directors.
Booz Allen Hamilton employs 26,100 people and had revenue of $6.7 billion in the year ending March 31, 2019.
Speaking At
Digital Transformation, and the CEO as “Chief Ethics Officer” 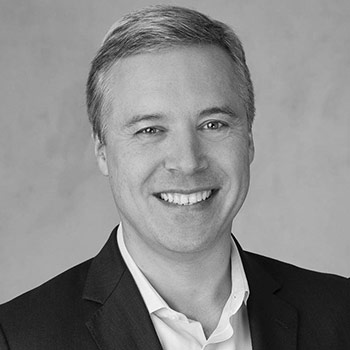