Full Name
Mutale Nkonde
Job Title
Founding CEO
Company
AI For the People
Bio
Mutale Nkonde is the founding CEO of AI For the People (AFP) a non profit creative agency.
AFP’s mission is to diversify the field of public interest technology by training people from under represented groups on how to use journalism, television, music and film to develop the narratives needed, that provide researchers, policy makers and advocates with a shared understanding of how to apply a racially literate lens to how we think about the impact of advanced technologies on the society at large.
Prior to to this Nkonde worked in AI Governance. During that time she was part of the team that introduced the Algorithmic and Deep Fakes Algorithmic Acts, as well as the No Biometric Barriers to Housing Act to the US House of Representatives.
She started her career as a broadcast journalist and worked at the BBC, CNN & ABC. She also writes widely on race and tech, as well as holding fellowships at Harvard and Stanford.
Learn more at www.mutale.tech follow me @mutalenkonde on Twitter
Speaking At
Eliminating Bias: The Voices of Representative AI 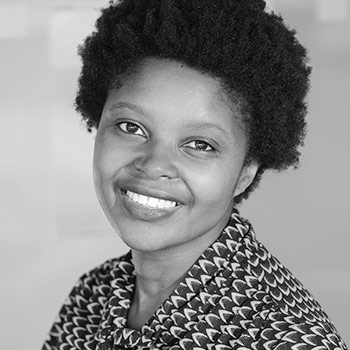